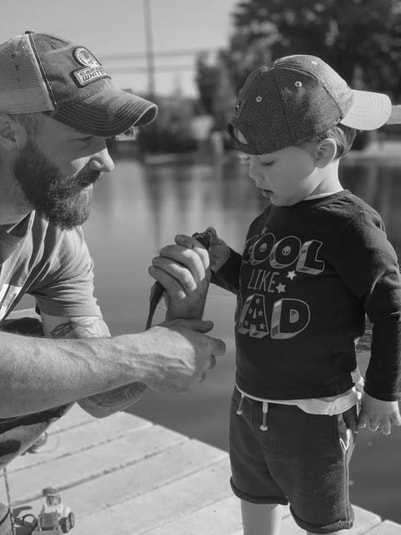 Andrew Walter is driven each day by his passion for the outdoors and his growing family.  As a kid, he could be found in the woods no matter the season or hogging the remote in the TV room rewinding VHS tapes of Drury Outdoors.  Headlines like, “Over 90 Minutes… 12 On-Camera Kills… Whitetail Madness” rippled through the house.

Guided by his father and his uncles, Walter grew into an incredible outdoorsman with a supernatural sense for finding big bucks in the swamps of Connecticut.  At age 15, he put down the buck of a lifetime, earned a place in the Northeast Big Buck Club, and never looked back.  Each subsequent year became a challenge to outdo himself.

Walter went on to obtain a Bachelor of Science in Wildlife Biology from the University of Southern Maine.  He also served in the United States Army National Guard as a 31B, Military Police Officer.  While on reserve status, Walter aided numerous suburban deer management programs, spending countless hours studying deer movements and behaviors.  He has been part of many island conservation programs, established by the federal government, to eradicate non-native ungulate populations and reinforce the native species’ ecosystems.

Walter’s passion for hunting carried him headfirst into the conception of Wild Edge Inc.  When approached by Jim Stepp, inventor of the Steppladder, Walter committed to bringing the Stepps back to market along with the products to give every outdoorsman the tools he needs to become a run and gun, mobile hunter.

When asked about his mobile hunting technique, Walter has coined the phrase, “slow is smooth, smooth is fast.  I can cover a ton of ground, but you’ll never find me running through the woods trying to get from point A to point B.  I am constantly moving like a predator, with purpose.”

Walter looks forward to sharing his passion with son, Bryson and baby number two on the way! 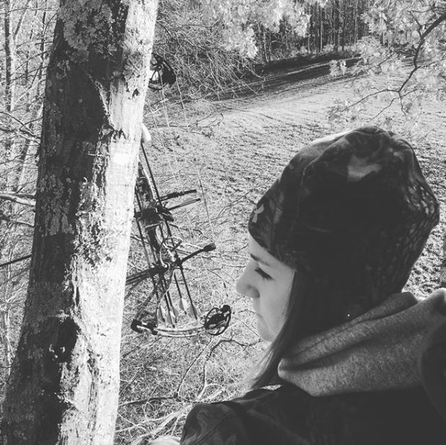 Lydia Walter grew up in East Haddam, CT on a dead-end street.  She would spend her days trying to prove that she could keep up with her older brother, often finding herself madly peddling her bike or sprinting a few paces behind.  Andrew made the options very clear; keep up or go home.

Walter considers herself lucky to have been raised outdoors and pushed to always give it her all, but the competitive spirit was all her own.  She remembers always wanting to do more than keep up; she wanted to be the best.  “My dad would always take me along on Boy Scout backpacking trips, rock climbing, hunting, you name it, while my mom encouraged me to compete in every sport I loved.  There was never a line in the sand saying, these activities are for boys and these ones are for girls.  I did it all and whatever I did, I wanted to do well.”

Walter received a full academic scholarship and played four years of collegiate softball for Western Connecticut State University.  She graduated in 2016 with degrees in chemistry and biology and delayed entry into the workforce to complete her dream of hiking from Georgia to Maine on the Appalachian Trail.

Walter has been hunting since she was old enough to take the bowhunter safety course, but saddle hunting has sparked a new love for the sport.  “I love all human-powered adventures.  Everything from backpacking to kayaking, to bowhunting.  You have to trust not only your body but your mindset to take you to the next level.  Saddle hunting has been a game-changer because it has truly freed me in my pursuit of whitetail.  I’m more confident with my gear, and able to set up anywhere at the drop of a hat without having to lug around a climber or rely on preset stands.”

Walter looks forward to the growth of mobile hunting and seeing the impact it has on encouraging young women to live wild. 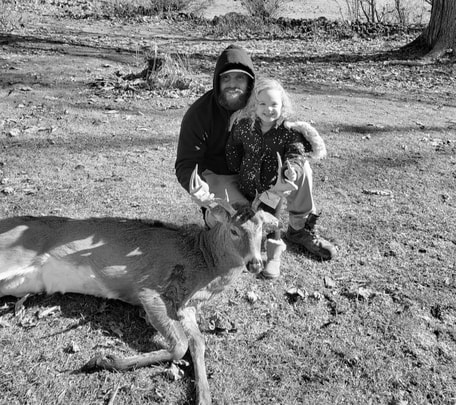 You can find Matt chasing down spring gobblers or fishing streams in search of trout. In the summer, he likes to target shoot, garden, and scout. He ramps up his efforts in chasing whitetail and harvesting his last crops in the fall. In winter he may occasionally hunt for squirrel and hare.
At the age of 7, his father and grandfather allowed him to start tagging along and by age 15 he had killed his first whitetail. He’s been hooked ever since.

Wiltsie had solely been a rifle hunter up until a few years ago, concentrating on simply filling the freezer. That ended three years ago when he picked up a bow for the very first time and practiced shooting every single day. He became addicted to archery and shot for hours on end, shooting over 100 reps most days. Once he had enough confidence, he set off on his very first bow hunt.

His first season carrying a bow afield was in 2017 and it was a killer! On opening day, he killed a 200lb black bear! On November 4th, mid-rut, he killed a 9-pointer that field-dressed at 215lb as well as two mature does during late season. “All of those bow kills in one season was such a high,” Wiltsie said. “Bowhunting was the drug, and I was addicted!” “This season has been the most rewarding season to date. It is a first for me for a few different reasons. I made a goal of killing a mature gobbler with the bow. I did that twice! Run-n-gun style with no blind,” Wiltsie continued. “Greg Staggs was a major contributor to that. He gave me tons of insight, including suggesting I watched Heartland Bowhunter’s show 'Full Strut.' It paid off!” Wiltsie began saddle hunting this season and said it has truly changed the way he hunts. Instead of sitting in a blind, ladder, or lock-on stand hoping the deer come my way, he now finds them and sets up where he needs to be. The Wild Edge Stepps enabled him to kill his target buck that he’d been keeping tabs on since the beginning of May. The mobility and versatility of his new system proved to be the ultimate tool to get the job done. 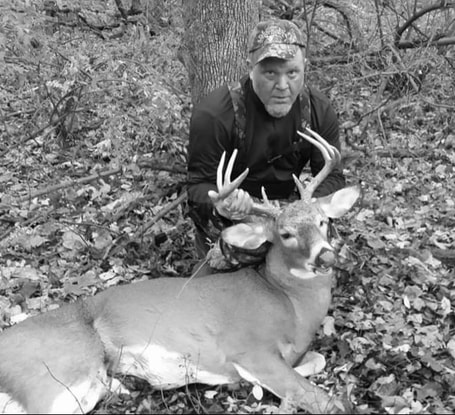 ​Mike Nutto’s love of hunting can be attributed to his father, where he spent his childhood outdoors by his side. He started deer hunting with a gun around the age of 14. Even though he had started shooting a bow at the age of five, it wasn't until his early 20s that he actually took it afield in the pursuit of game.  As his style of hunting changed, so did his need for equipment that was more compatible to his developing run-and-gun style. Nutto transitioned over the years from using a portable climber, to climbing sticks, then later to screw-in steps.  Mostly, he found that gear to be cumbersome and bulky. His continual search for a better option finally led to the Wild Edge Stepps.
Half the weight of the portable tree stand, and with the ability to fit the Stepps in his pack, he said his hunting world completely changed – and options he never had before opened up for him. The more he used them, the more versatile he became. Nutto, who spends a large amount of his time in the outdoors hunting and fishing, is always looking for a better or easier way to do things. The Wild Edge steps are now a permanent item in his arsenal of hunting gear.
An extremely accomplished fly fisherman, Nutto is a pro-staff fly tier for Regal Vise, and his gorgeous creations are often featured on his Instagram account. He frequently chases steelhead with his Spey rod, and has fly fished from the East to the West coast.
Nutto is focused on his hunting goal of killing a 130 or better in his home state of New Jersey, where deer of that caliber are rare. His ultimate goal? To kill such a specimen in his bed… Follow along to see if he can get it done!
© Copyright © 2015-2020 Wild Edge Inc. | wildedgeinc.com. All Rights Reserved.  Website By: Luzern Designs

Wild Edge, Inc. is committed to bringing you the best quality products, customer service, and innovative designs.  Not only are they the ONLY company offering the original Stepp Ladder system, but this veteran-owned and operated business supports keeping America strong with American-made products.
​      * Integrity * Dependable * Innovative * Quality * Reliable *
​